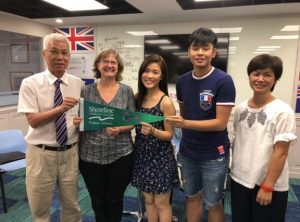 City Information
Despite its reputation as a rainy city, Seattle is considered one of the most livable cities in the United States. It is a hi-tech city, with a healthy economy powered by companies headquartered in Seattle such as Boeing, Microsoft, Starbucks and Amazon.com, an artistic and cultural city, and a well-educated, liberal city. Seattle has the highest percentage of college graduates of any major U.S. city. Its population is approximately 73% Caucasian (white), one of the highest percentages of Caucasians for a major American city, and 13% Asian American. The world’s richest man, Bill Gates, resides in Seattle. Seattle, while frequently shrouded in grey clouds and mist, actually has much less precipitation than many other US cities, despite its soggy reputation. Winter temperatures range from 4°-10°C, with very little snow, while summer highs hover between 24°-29°C. Summer days can be very pleasant – sunny and warm. Students attending Shoreline Community College will fly into Sea-Tac Airport half an hour away from downtown Seattle.

Shoreline does not require applicants to have taken the TOEFL. (School Code: 4738) Shoreline also has a high school completion program for students between the ages of 16 and 20. This program known as Running Start, allows younger students to start accumulating university credit faster and to transfer to a university degree program sooner.