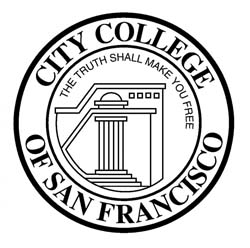 Urban community colleges typically have more part-time than full-time students, and City College has a lot of them. Since the convenience factor is critical, eight satellite campuses are scattered throughout the city, one for English language instruction alone. The college must also satisfy a daunting range of interests, from fashion to astronomy to biotechnology. The national headquarters for Bio-Link, a program devoted to improving biotechnology education, is situated on the main campus.

City College reflects its hometown both in racial composition (40 percent Asian) and culture (programs include Philippine studies; gay, lesbian and bisexual studies; and culinary and hospitality studies). The Institute of International Education consistently ranks City College among the top 10 community colleges in sending students to study abroad. Students can spend next fall and spring studying language and art history in Paris, Florence or Madrid. Foreign study credits are either all or partly transferable to California’s two state systems.

The rock-bottom line: $20 a credit hour, or $600 for two semesters. And there’s an impressive rate of return: 75 percent of full-time students return for the second year.

AND Courses are built around Diego Rivera’s “Pan-American Unity” at the Diego Rivera Theater on campus. The mural was commissioned for a 1940 international exposition and subsequently given to the college. The public can view the painting while student docents discuss its history and meaning.